She ripped and tore all her poems from her note books.

She removed all poetry books from her shelves;

tossed them all with the scattered torn up papers

into a barrel; lit a match to it all.

She vowed to never write another poem as long as she lived.

She watched the poems as they were consumed by the fire;

turned her back to the burning inferno,

and walked away slowly.

From the bellowing smoke,

a figure in the shape of a poem appeared.

It looked as if it almost touched the ground by the barrel,

and just stood there;

then turned around and looked at her.

She turned to look at the burning poems,

saw the figure then slowly walked towards it in disbelief.

The poem bowed its head in sorrow

and begun to speak.

She listened as the figure,

the living poem spoke to her.

You cannot live without me!

What are you going to do?

When your heart breaks?

When you lose someone you love?

When you see innocent people suffer?

When you see injustice in this world?

When you fall desperately, hopelessly in love?

When you hold the tiniest newborn in your arms?

When you are in such pain no one can understand?

When you witness the unspeakable, heartless cruelty man is capable of?

When you hold the lifeless hand of someone whose spirit just crossed to the other side?

Tell me, what are you going to do without me?

You need me!” the poem said.

They both sat on the ground,

and they both cried. 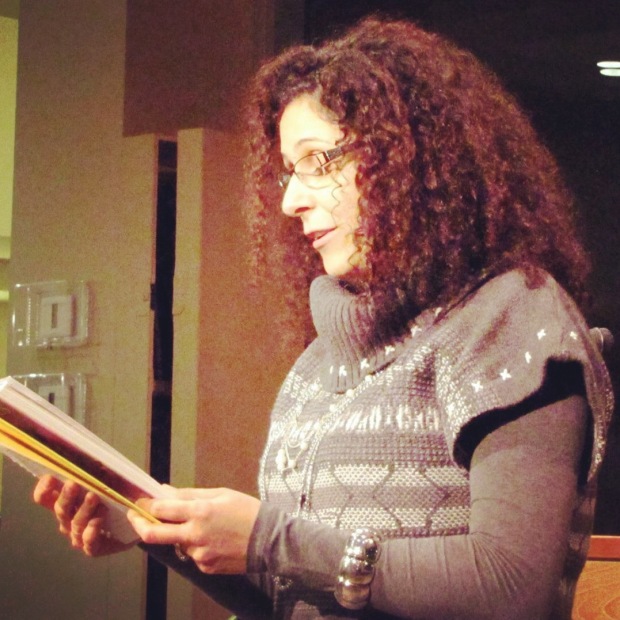 First and foremost, I would like to acknowledge that I humbly live on the traditional, unceeded territories of the səlil̓wətaʔɬ (Tsleil-Waututh), Sḵwx̱wú7mesh (Squamish) & xʷməθkʷəy̓əm (Musqueam) Nations. Thank you for allowing me to live on your land —Vancouver, BC Canada. I am a Canadian citizen who migrated from Kurdistan —Present day Northern Iraq, in 1995 after spending over a year as an asylum seeker in Turkey. I was born and raised in Baghdad in 1972, I am the fifth of eleven children; three boys and seven girls –one brother passed away in infancy. I am the author of ( I’m No Hero) and ( Counting Waves ) published by: Silver Bow Publishing. I am dedicating my third book of poems ( Dreamers Needed ) to my teenage boys, Trey, 15 and Wyatt, 13. I started reciting my poems for the first time in 2013 at The Holy Wow Poets Canada in Maple Ridge. I am currently a member of the Canadian Authors Association, Federation of BC Writers, The Royal City Literary Art Society and the Holy Wow Poets Canada. I am presently the secretary of the Royal City Literary Arts Society. I work as a freelance interpreter. I was commissioned in the fall of 2017 to write a poem about the refugee experience to DaCapo Chamber Choir in Toronto. The event will feature my poem “I am here” in spring 2019. I was one of the recipients of the 2018 Distinguished Poet Award from WIN– Writers International Network Canada and was 3rd place winner at the 2018 Tagore Festival Peace Poems contest. Since first sharing my poetry in 2013, I have featured in numerous poetry events throughout the Greater Vancouver area. My work has been published in The Royal City Poets Anthologies (Silver Bow Publishing), The Royal City Literary Arts Society online magazine eZine, Wordplay at Work, Creative Quills Ink Verse (North Vancouver), Celebrate Canada 150 and Culture Days From Far and Wide (Multicultural Creative Writing Collection 2017) and the 2018 Holy Wow Poets Anthology (Maple Ridge). View all posts by Lozan Yamolky

This site uses Akismet to reduce spam. Learn how your comment data is processed.